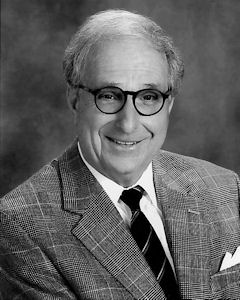 On behalf of the officers and members of the Society of Sons of the Revolution in the State of West Virginia, we extend our most sincere condolences to the family and friends of Vaughn Lee Kiger, who passed away on February 26, 2016. A Memorial Service was held on March 12, 2016 at Suncrest United Methodist Church – Morgantown, WV. Vaughn Lee Kiger was a member of the West Virginia Sons of the Revolution.

The following is his obituary from the Hastings Funeral Home, 153 Spruce Street, Morgantown WV 26505

Born in Baltimore on April 1, 1944, he grew up in Morgantown the son of the late Willis and Lucille John Kiger.

A 1966 graduate of WVU, he began his real estate career soon after under the tutelage of Jeannette Dorsey, first female realtor in Morgantown. Dorsey-Kiger Real Estate was created in 1978 and continued until its sale to Old Colony in 2006. He continued in real estate until his latest hospitalization.

Vaughn loved West Virginia, history (especially George Washington), real estate, politics, Morgantown, Phi Sigma Kappa Fraternity, West Virginia University, Morgantown, his farm, Deerwood and his family, and served them all well. Comfortable “working a room” with his unique brand of wit and generosity of spirit, Vaughn served as President of the WVU Board of Governors, WVU Alumni Association, served on the visiting committee for WVU Regional History, and received the Vandalia Award at WVU for his years of service. He was a member of the Loyalty Permanent Endowment Scholarship Fund at the Alumni Center at the time of his death.

He was president of the Salvation Army Board and served on the board for many years. He was the longest serving member of the WV Real Estate Commission. He was on the team that helped create the National Bank of West Virginia in Morgantown which later became Wesbanco. He recently retired from the Board of Wesbanco. He was chapter advisor of Phi Sigma Kappa for many years and took pride in mentoring its members.

Often a taskmaster, he believed that hard work and persistence trumped talent in most cases. He had no regrets and felt he was one of the luckiest guys in Morgantown.