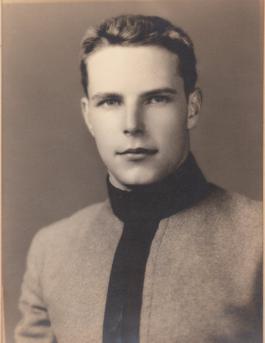 On behalf of the officers and members of the Society of Sons of the Revolution in the State of West Virginia, we extend our most sincere condolences to the family and friends of Yancey L Clark, who passed away on August 27, 2016. Funeral Services were held on August 30, 2016 at Trinity Episcopal Church – Danville, KY. Yancey L Clark was a member of the West Virginia Sons of the Revolution.

Born May 6, 1930 at Ashland, KY the son of John Randolph and Sallye Ligon Clark, he is survived by his wife Carol S. Clark and two daughters: Carol Albert of Manchester, NJ and Lynn C Guilfoyle of Rock Hill, NY; six grandchildren; and five great-grandchildren. His sister, Sallye C. Ferguson, predeceased him.

In lieu of flowers, memorial may be mae to the Trinity Episcopal Church Building Fund.

After the burial, a celebration will be held at the home place at 4545 Lebanon Road, Danville, KY.