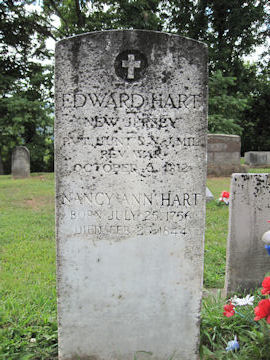 Edward Hart served as a private in New Jersey under Captain Ralph Guild, Captain Houghton, Colonel Houghton and Colonel Hunt. He fought at the Battle of White Plains, was with the army when they crossed the Delaware River, and fought in the Battle of Elizabethtown.

Nancy (Stout) Hart, was alowed a widow’s pension on 26 December 1836 for the Revolutionary War services of her husband, Edward Hart.